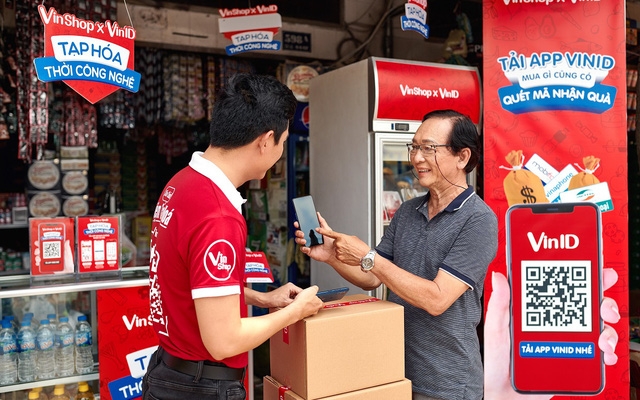 The emergence of modern retail outlets does not seem to affect the traditional grocery stores too much.

According to Nielsen data, Vietnam has about 1.4 million grocery stores and 9,000 traditional markets, accounting for 75% market share, with turnover of around $ 10 billion per year.

According to Kantar Worldpanel Vietnam, traditional retail channels (markets, grocery stores) are still meeting 85% of consumer demand. This shows that the grocery stores are not inferior, even somewhat stronger.

The advantage of the grocery store business model is convenience, right in the small alley, easy to travel, and even a debit. A Nielsen survey showed that 9 out of 10 people like to buy necessities at the grocery store because it’s cheap and close to home. Traditional retail channel in general now includes markets and grocery stores, accounting for 80% of retail sales.

Many convenience stores such as VinMart, Circle K, FamilyMart, Co.op Smile … all tried to penetrate deep into the nooks and crannies, but still could not compete with grocery stores.

According to the Domestic Market Department (Ministry of Industry and Trade), for nearly 30 years of continuous development, up to now, modern retail channels (supermarkets, convenience stores, trade centers) have only occupied the about 25-26% of total retail market revenue. The biggest part of revenue still belongs to traditional markets and grocery stores. Modern retail network coverage in Vietnam is only 25% of total retail sales.

According to the latest report by McKinsey & Company, Vietnam’s retail sector has the fastest growth in Southeast Asia. Specifically, the Vietnamese retail market has an annual revenue of about 108 billion USD, and is expected to grow at a cumulative 7.3% per year over the next 5 years.

McKinsey & Company also pointed out groceries and foodstuffs are the items that account for the largest share of the Vietnamese retail market, up to 44% and have great growth potential in the future.

Looking at these results, the retail “cake” is still held by traditional channels. However, according to experts in this field, in the future, the traditional retail channel will face many challenges and the market share will be dragged down by modern shopping channels, including supermarkets, shopping malls, grocery store…

Grocery can adapt in the technology age?

Experts say that Vietnam’s retail market is very exciting and potential, because as people’s incomes are increasing, they need to spend more on consumer products and food. day.

Accordingly, the use of electronic payment, online and offline sales through many channels, approaching modern trends from display … are the trends that the grocery store needs to update to be able to serve customers quickly. busy goods, Ms. My Loan, shared.

According to experts, traditional retail models such as grocery stores will “live well” when they know how to adapt in the new technology age.

In fact, not only in Vietnam, grocery stores are a popular model in Southeast Asia. According to recent research from consulting firms Bain & Company and Facebook, total grocery spending in Southeast Asia is about $ 350 billion, and online groceries now make up a small portion of that total, but are currently tends to be popular, according to industry experts.

Also according to the study, Southeast Asian consumers are buying more online, of which 43% of respondents said they now tend to buy more groceries. About 62% of consumers report social media, short videos and text messages as their favorite online channels to discover new brands and products.

E-wallets have also seen skyrocketing growth. 22% of consumers revealed it as their preferred payment method, compared with 14% in 2019.