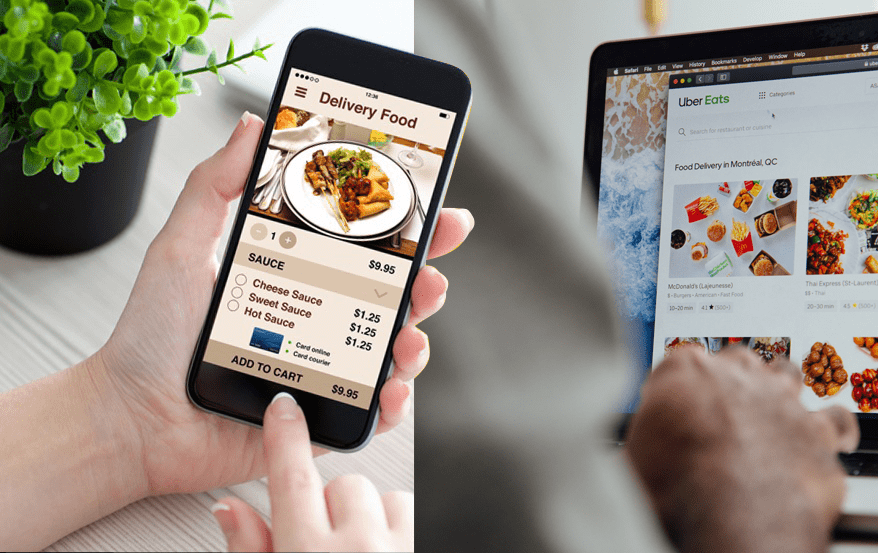 The rest of the food franchising world is finding out what the ice cream man and pizza franchises have long known: customers like delivery. In fact, according to National Restaurant Association data, delivery accounts for 63% of restaurant traffic in cities and other urban areas.

Since many food franchises don’t have an in-house system for delivery, many have turned to third-party delivery services to keep up with demand. Consider the developments over the past couple of years:

Even a pizza franchise joined in. Papa John’s, the first major pizza delivery chain to work with a third-party delivery service according to Restaurant Business Online, inked a deal with DoorDash this year to help it reach customers outside of its current delivery zones.

Franchises Creating Their Own Delivery Systems

As a result of all of the above and more, third-party food delivery service revenues are expected to double in the next five years, according to Pentallect. Also, now that market demand appears to have hit a mainstream and sustainable level, industry analysts suspect more food franchises will begin to do delivery on their own as they gain more knowledge of the process. 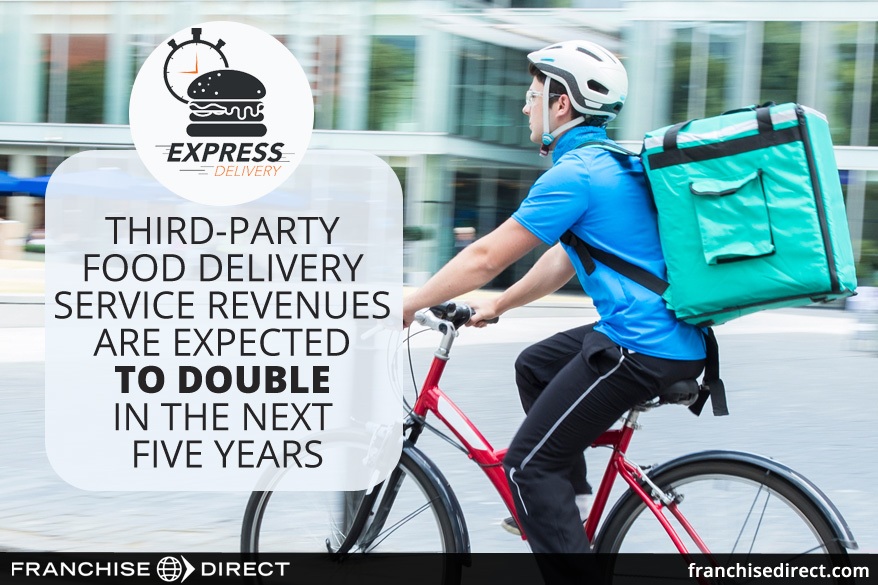 One of the major driving factors is financial. Currently, most restaurants that use third-party delivery are charged a 15% to 30% commission—a charge that can reduce the profit margins of franchisees. In fact, McDonald’s recently made news by renegotiating its agreement with Uber Eats to reduce its commissions.

When it comes to franchises developing their own delivery systems, Wayback Burgers is one of the first to retrofit delivery into its operation.

Late last year, the company’s senior vice president Pat Conlin, said “I’ve been working for the last four to five months on our own alternative to a delivery solution that we think is going to be pretty significant. We think it will be a game-changer for the delivery business.”

Flash forward to present-day and the burger franchise is now ready to bring its new, compact delivery vehicle to market. Delaware franchisee Jim Patel has been selected as Wayback’s first franchisee to use the vehicle.

One food franchise bucking the third-party delivery trend entirely, though, is Jimmy John’s. The franchise has even gone so far as to publicly state that “it will never authorize third-party companies like Uber Eats, DoorDash or Grubhub to deliver its sandwiches to its customers.”

One reason for the stance is, unlike most food franchises that aren’t pizza-based, delivery is a part of Jimmy John’s DNA. The company has offered delivery since it first opened its doors in 1983, and is very proud of the system it has in place. Recently, chief marketing officer CMO John Shea said in an email to QSR Magazine: “We have built the best sandwich delivery system in the world.”

Additionally, earlier this year, CEO James North expanded on the primary reason for the franchise’s declaration: product control. “We have a relentless focus on the entire process, from the moment we start slicing fresh produce and baking bread at 6 a.m. to the moment we hand a sandwich to a customer,” he said. “We want to control the experience from the fresh prep to the hand off to the customer.”

Franchises Feeling Out the Shift

However, as food franchises navigate the best way to utilize delivery options, it’s important to note that it doesn’t have to be one or the other. There’s the possibility of using both in-house and third-party systems to reach the most customers possible.

For example, despite having an in-house delivery system of its own, Wing Zone decided to make third-party delivery a significant part of its strategy too. “There’s a group of people out there who are loyal to the third-party provider, and for us it’s been an awesome opportunity to add new customers that we probably never would have had [keeping everything in-house]” says CEO Matt Friedman.

But, of course, you will also have some franchises that do something completely different.

Take Flynn Restaurant Group. With 400 locations, FRG is the largest franchisee of Applebee’s, and is probing what would happen if it doesn’t do delivery. Though company CEO and chairman Greg Flynn is quick to note he’s not totally against delivery for his franchises—he also owns Taco Bell and Panera franchises, which participate in third-party delivery.